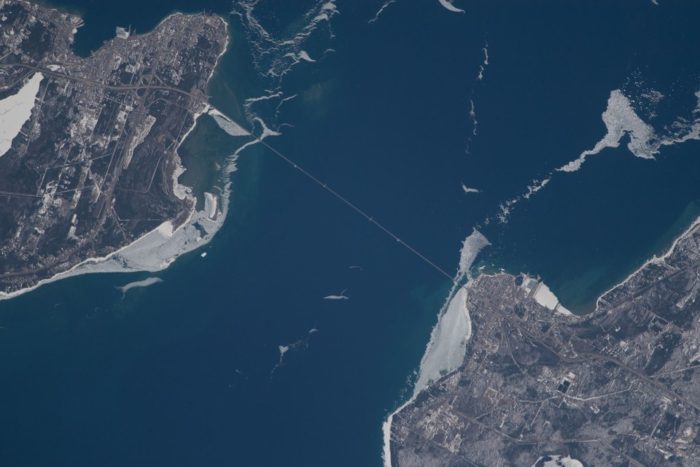 The crew aboard the International Space Station can’t get enough of Michigan lately.

For the second time this April, a photo of the Mitten State’s iconic Mackinac Bridge was posted to social media channels. The latest image, shared on Wednesday, April 18, is part of a gallery depicting various locations on Earth

“From a city in the desert to a bridge separating two huge lakes, the station crew has a unique vantage point to picture Earth’s natural and man-made features,” the April 18 post reads.

The overhead image of the Mackinac Bridge is included with photos of desert in Riyadh, Saudi Arabia, the East coast of the United States from South Carolina to Connecticut and the Galapagos Islands.

Of course, the Mackinac Bridge looks majestic from just about every angle, but the space view certainly provides new perspective to the size and marvel of the Michigan landmark.

Feustel will be on board for about five months, participating in hundreds of science projects and technology demonstrations.