Beyond The Barrels
The Kentucky Bourbon Boom 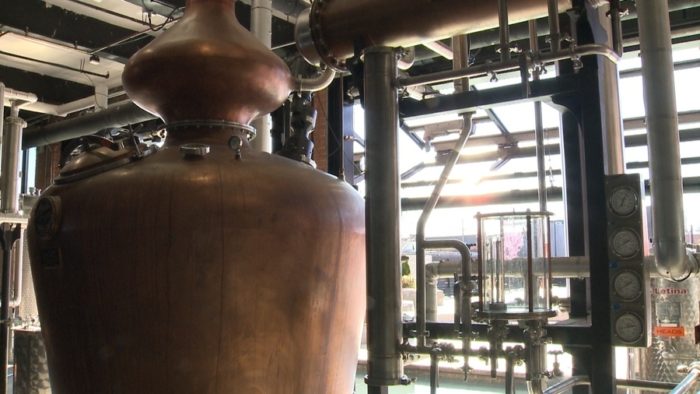 LOUISVILLE, Ky. —
If you tell someone from out of state that you’re from Kentucky, one of the first things they’ll likely bring up is bourbon.

No state does it better, and no place in the world produces more of it. Ninety-five percent of the world’s bourbon comes from the Bluegrass State.

“We’ve been doing this a long time, over 220 years — even generations of Beam family members making consistent, distinct, quality bourbon,” said Kimberly Bennett, director of the Jim Beam Bourbon Experience. “Jacob Beam, who started this back in 1795, would be pretty thrilled at what we’re doing today.”

The history isn’t limited to Jim Beam. You’ll find it at all the major distilleries throughout the state.

“With the first bottle of bourbon in America, we’ve been for sale on shelves in America continuously since 1870,” said Campbell Brown, president and managing director for Old Forester, a bourbon made under the Brown Forman umbrella. “So we made it up to Prohibition, through Prohibition and we were one of six brands to get a license to distill through that dark 13 years. And we continued to sell once Prohibition was over. We’ve been through two world wars. This brand has been around and is sold by the same company for five generations.”

Although the history of Maker’s Mark may not stretch back into the 1800s, its sales alone make it worth a look.

It has ranked as one of the top five bestselling bourbons in the world.